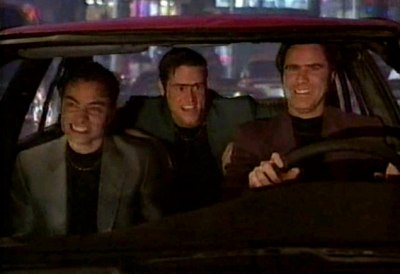 AlvinofDiaspar said:
It was quite busy when it first opened - that's around the DVD, followed by HD sales peak. But of course that had come and went, plus they can't compete with Amazon/Netflix/Newegg/Steam anyways.

Oh, and the vast majority of new software can be legally downloaded as well (often via subscription).
M

MetroMan said:
HMV isn’t a part of the 10 Dundas East complex. You’re pointing out a Yonge Street issue. Retailers on Yonge haven’t generally been successful because there’s a massive retail black hole between Queen and Dundas.

Again, what I’m proposing isn’t an expensive fix. Tenants finance and build their own spaces. Replacing Winners with a pair of restaurants with their entrances open into the second floor lobby rather than closed off with a wall as Winners is, would improve the central space.

Doing the same for the food court would swap an ugly, cheap open space with restaurants that’d better frame the space, improving the feeling of the common spaces as a result.

That’s not to say that the common spaces don’t need some TLC. Better lighting can go a long way. The cheap yellow lighting and flooring don’t do the interior design any favours. But this isn’t a multi million dollar reorganization. The spaces are exactly where they need to be. It’s their uses that are wrong.

Taking escalators up to the movie theatre isn’t a problem. People take the world’s longest escalator (and often have to walk up the stairs because those escalators are broken) at Scotiabank Theatre. The problem as I’ve pointed out is that the theatre experience starts 4 floors up, out of view. If the the theatre starts at street level, with box office as soon as you walk in and movie posters outside, the intended use of the building is immediately obvious to passers by.

Tearing down the building is a non starter. It’s just not going to happen. Ryerson still owns the garage and they’re not going to give up the classrooms. The same issues that existed when PenEquity came up with Metropolis and the necessary cooperation with Ryerson, still exist. This isn’t a matter of a large developer buying up the entire block like what happened with Honest Eds. Ryerson isn’t selling.
Click to expand...

The building's design is fundamental flawed. Redeveloping 500,000 square feet is unlikely but, I'm not convinced it isn't the proper course. I've seen tens of millions poured into improving fundamental flawed ideas to eventually end up sold off for cheap and redevelopment. Ryerson is a major obstacle but, it can be overcome. You don't need their parking garage and whatever space above it as part of a new assemblage.
got some ice to sell you

First row is up. 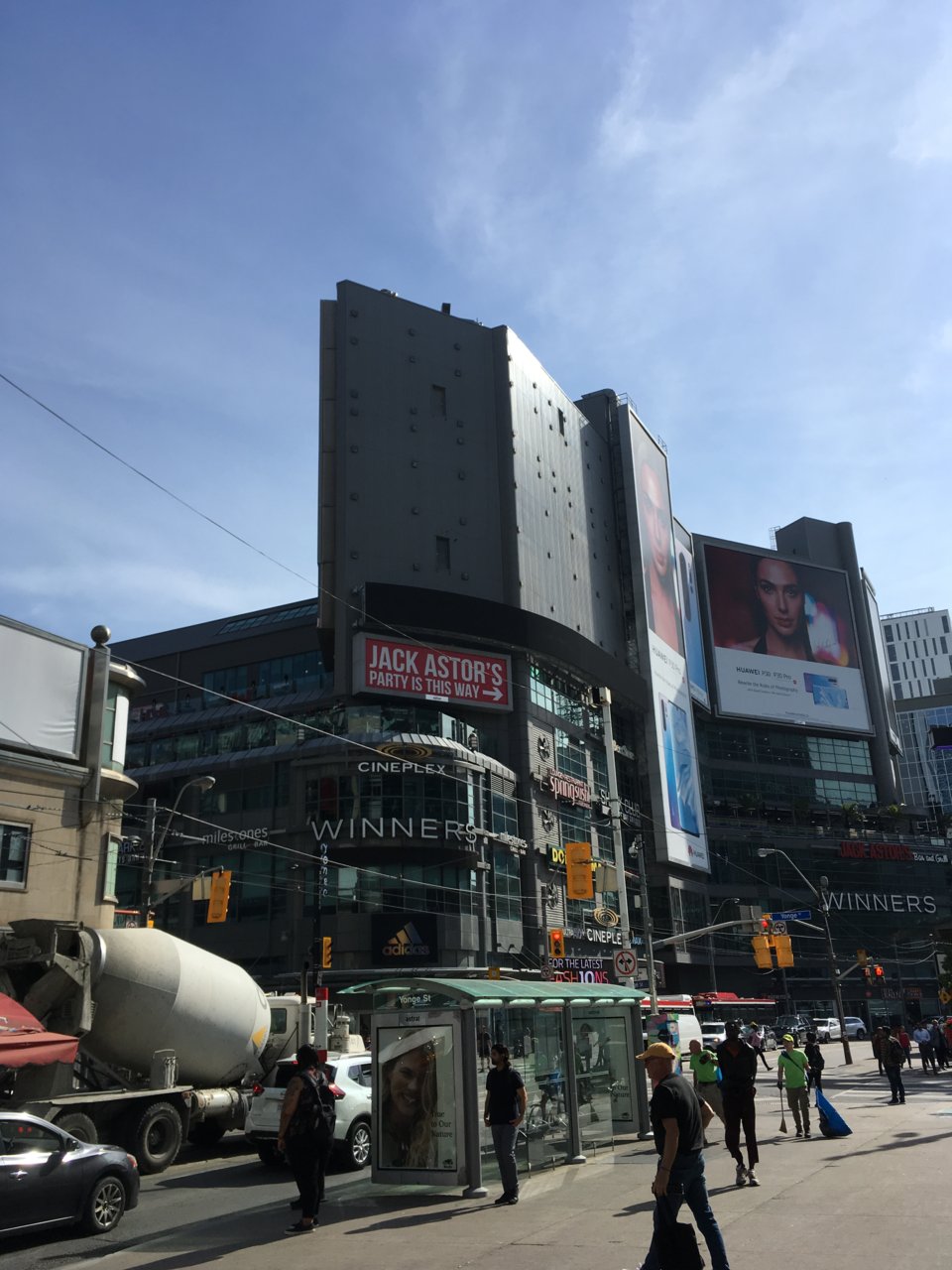 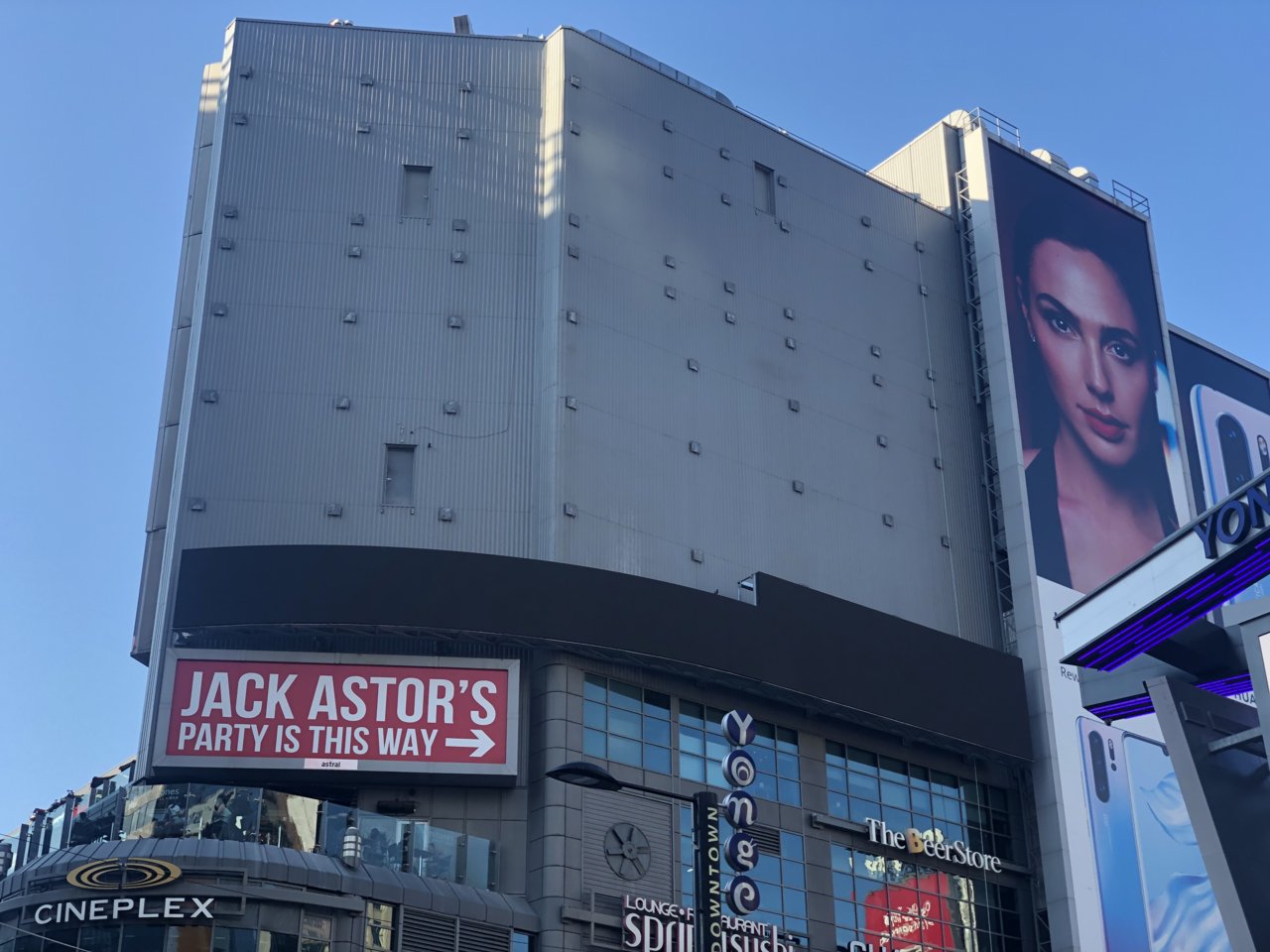 The good news is that it’s now clear that they’re going with the full cover big screen. As they transition to all digital display billboards, it’ll clean up the cluttered look of the building.

MetroMan said:
The good news is that it’s now clear that they’re going with the full cover big screen. As they transition to all digital display billboards, it’ll clean up the cluttered look of the building.
Click to expand...

I guess I finally found out where some of the decommissioned frigates and whatnot went....

That Jack Astor's sign though spoke plenty about the failure of this mess.

Do those doors go directly into the office space?
got some ice to sell you
M

maestro said:
Do those doors go directly into the office space?
Click to expand...

Trying to figure out if that’s a joke but to answer your question correctly, those doors were access to the back of the billboards that had to be replaced with some regularity. Once the digital screen is installed, presumably they’ll be very seldomly used.
M

Half jested and you didn't answer my question at all. I was obviously talking about the other side. I don't recall service corridors in the office space behind this wall of billboards and wouldn't it be funny if they were accessed from within the office space. Nothing would surprise me with this building. "Emergency Exit Only"
got some ice to sell you
M

Should of just googled it.

Check out level 10 "Ryerson University" !!!!
got some ice to sell you
M

They added a new piece last night. One per day. At this rate, the whole thing will be finished in 107 days.

Oh and they put it on wrong. Won’t be surprised if it stays that way. 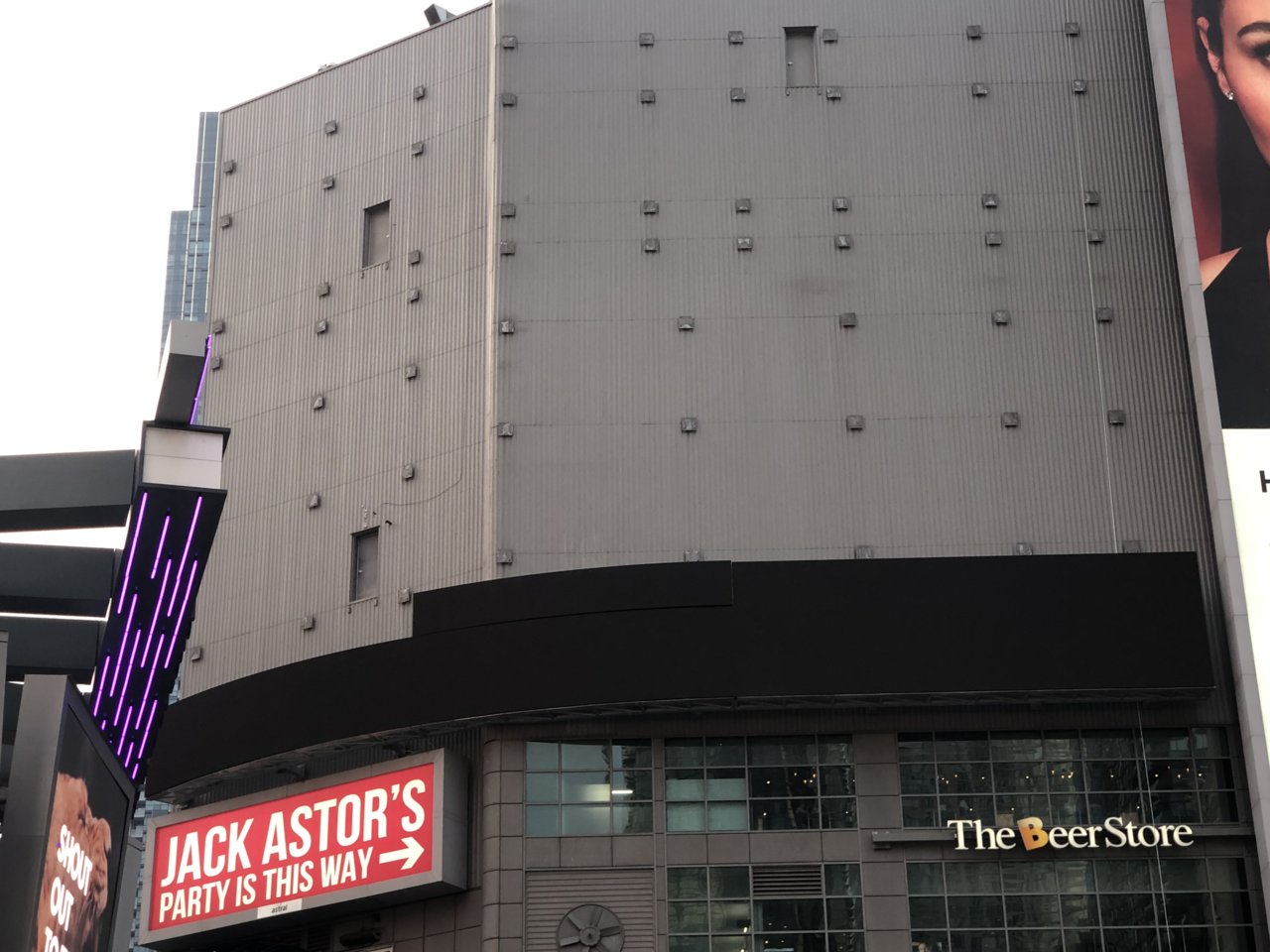 Noticed that last night as well. I think I was there around the same time. 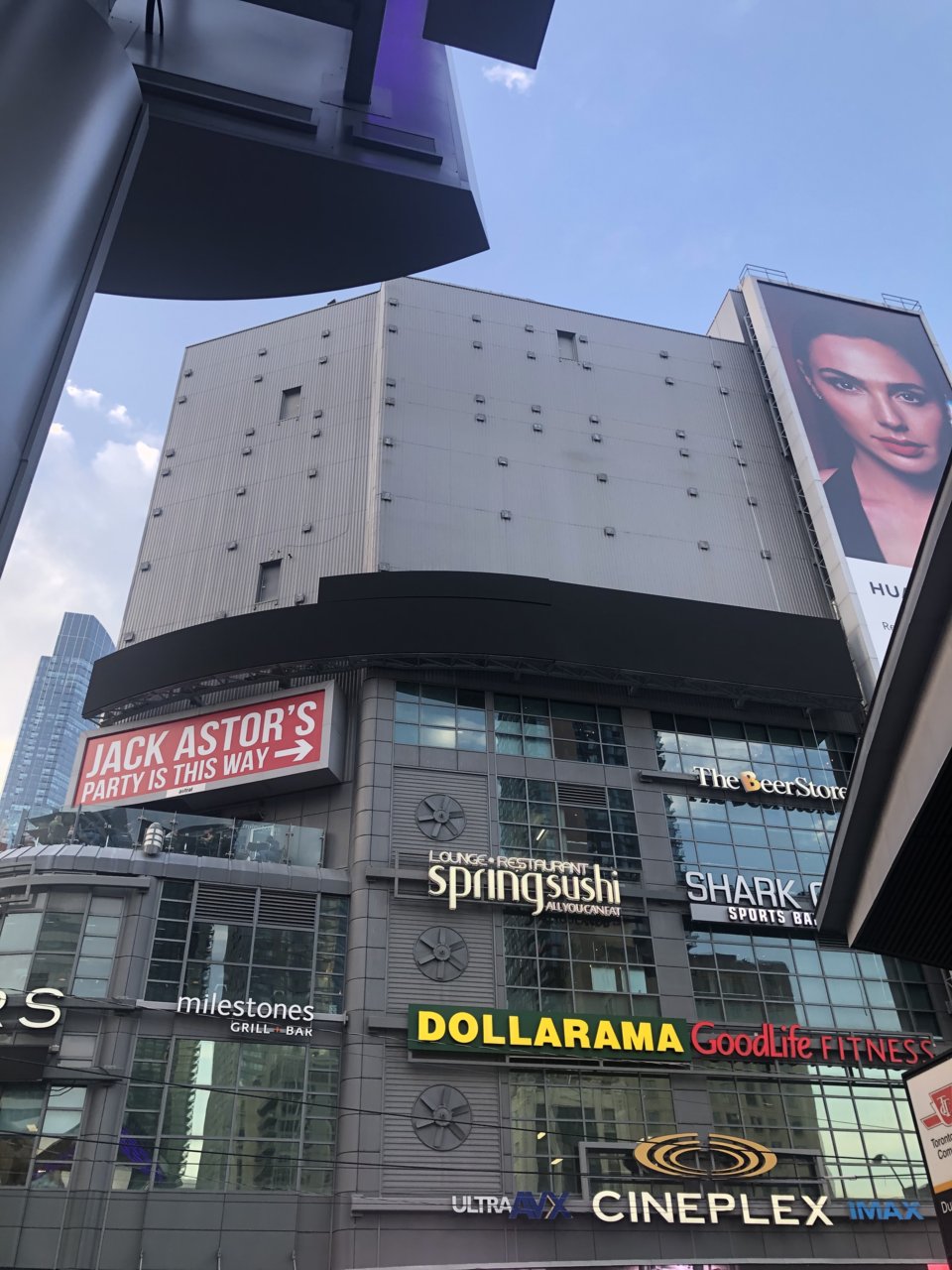 MetroMan said:
They added a new piece last night. One per day. At this rate, the whole thing will be finished in 107 days.
Click to expand...

Northern Light said:
They could have demolished the entire complex faster..............sigh.
Click to expand...

I was just down there watching them install another piece. It turns out they couldn’t make it fit properly so they’ve decided to demolish the entire building.

... kidding! They fixed the fitting and added one more piece. There are now three complete rows. This is actually going to look quite nice once it’s done. Too bad about all the other signs on this building though. The city should have made them exercise some restraint rather than throw dozens of small signs all over the building.

10 Dundas East was once proposed to be an indoor Disneyland.

That would have been a much better use of space than either Future Shop or Winners.